October is LGBTQ History Month, an opportunity to share, teach, amplify, and celebrate the history, culture, and contributions of LGBTQ folks, as well as the history of the gay rights and civil rights movements. This month, we’re excited to highlight two local LGBTQ activists who have made a huge impact in the Indy community!

Carol Trexler was born in San Juan, Puerto Rice, and spent her childhood living in a number of South American countries. After graduating from high school while living in Venezuela, Carol moved to Indiana and earned her bachelor’s degree from Marian University and her master’s degree from Ball State University. Throughout her life, she worked in a number of fields including psychology, public relations, leadership development, and videography and film production. 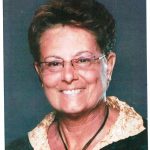 Carol was a passionate advocate for the underserved and unhoused and was very active in the community. She sat on the board and was the former president at La Plaza, was appointed to the Indiana Arts Commission, and was an Advisory Board Member for The Phoenix Theatre, Girls Inc., Marian University International, and the Indiana Fever.

In addition to her community work, Carol is also known for helping pave the way for same-sex marriage to be recognized in Indiana. While battling cancer and immediately after chemotherapy, Carol testified before the Indiana House committee to advocate for same-sex marriage and equal marriage rights. She shared her story of how she and her spouse had been treated and denied certain rights related to her medical treatment because the doctors and nurses did not see them as legally married. Carol’s speech was so powerful in helping the audience understand the fight for same-sex marriage that the House voted in favor of bill HJR-3, legalizing same-sex marriage in Indiana.

After living in Memphis, Tennessee for several years and being active in the LGBTQ community there, Gary Brackett returned to Indianapolis in 2002. Accustomed to Memphis’s annual gay pride parade and realizing Indy lacked this type of celebration, Gary set out to host Indy’s first parade to kick off pride month festivities. The first parade in 2002 was a brief, 15-minute event that took place along Mass Ave with one float, an antique truck, a few cars, and a few walking groups. Gary continued to host the parade year after year and by 2012, the parade became one of the largest in Indy history due to its growth in attendance and floats and length of over two hours. The parade was renamed the Indy Pride Parade in 2020. 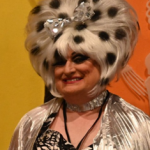 Gary became the president of Indy Pride, Inc. in 2003 and began to make changes to the pride celebrations occurring in the city. He decided to merge the two largest pride events in the city to create the Indy Pride Festival which takes place on the second Saturday in June annually. Gary has also been an active member of The Indy Bag Ladies since 2002, which is a group that works to raise funds for HIV and AIDS research and awareness. In addition to their fundraising efforts, the group also supports local organizations such as the Damien Center, Indiana Youth Group, the Gregory Powers Emergency Financial Assistance Fund, the Indiana AIDS Fund, and Step Up. Gary now lives in San Francisco, California, but he still returns each year to participate in the Indy Pride Parade and The Indy Bag Ladies fundraising events.