Hispanic Heritage Month is an opportunity to recognize the contributions and influence of Hispanic Americans to the history, culture, and achievements of the United States. This month, we’re highlighting four individuals who have positively influenced and enriched our nation and society. Learn more about them below!

Feliciano “Felix” Espinoza was born in Mexico in 1927. Little was documented about his life between his birth and arrival in Texas, where he lived before moving to Indianapolis in 1950 to work on the railroad. While in Indianapolis, Felix married his wife, Maria Balli, and raised their eight children.

After realizing there was a lack of resources for the Hispanic and Latinx communities in Indianapolis, Felix decided to be a resource for the community. He joined the executive board of the Club Social Mexicano in 1958 and also served on the state’s first Commission of Latino Affairs. In the mid-1960s, he opened what is believed to be the first Mexican grocery store in Indianapolis called El Nopal Market. The store operated on the first floor of his home at 810 E. North St. until the Espinozas were forced out of their home by eminent domain for the construction of Interstate 65 South. In addition to the brick-and-mortar store, the Espinoza family traveled to deliver goods to farmworkers in their agricultural camps around the city in an effort to reach the entire Hispanic and Latinx community.

In 1969, Felix, Fred Bowman, Tony Dominguez, and Tulio Guldner founded the Hispano-American Association to provide resources to the growing Hispanic and Latinx population. In collaboration with the city and several churches, the Hispano-American Association joined to form the Hispano-American Multi-Service Center in 1971, which was housed at the Saint Joseph Parish Hall. The center offered daycare services, career and language services, cultural activities, healthcare, immigration counseling, educational assistance, and other social services. In an effort to bring awareness to the diversity of the Indianapolis Hispanic/Latinx community, the Hispano-American Multi-Service Center changed its name to The Hispanic Center in 1991. Later in 2004, The Hispanic Center merged with Fiesta Indianapolis to become La Plaza.

Jovita was born to Mexican parents in Laredo, Texas in 1885. Her father was a newspaper editor and civil rights activist, which inspired Jovita’s passion for journalism and activism. 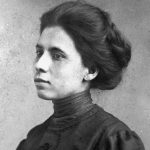 Jovita earned her teaching certificate and began teaching in 1903. She quickly became frustrated with the poor conditions within the school and the segregation of Mexican-American students, which led to her resignation shortly after. Jovita’s father’s newspaper, La Cronica, was a source of news, poetry, commentary, and essays focused on the Mexican-American community. Motivated to help her community, Jovita began writing under a pseudonym for the paper, speaking out against racism, poor living conditions, the violence Mexican-Americans were experiencing, social and economic inequities, and supporting the Mexican revolution.

In 1911, Jovita and her family created the first Mexican Congress to fight injustice and the lack of access to education and economic resources, while also working to unify Mexicans on both sides of the border. Soon after, she shifted her writings to focus on women’s suffrage, encouraging women to vote and advocating for women’s rights. In that same year, Jovita founded the League of Mexican Women, a feminist organization that focused on the free education of Mexican-American students, civil rights, bilingual education, labor, and women’s concerns.

Jovita volunteered to join the White Cross in Mexico in 1913 as a nurse to provide support to the wounded during the Mexican Revolution. The following year, she returned to Texas and began writing for the newspaper, El Progreso, where she protested President Woodrow Wilson’s decision to send US troops to the border. Wilson received word of her writings and sent the Army and Texas Rangers to shut down El Progreso. When they arrived, Jovita used her body to block them and refused to let them in, but they eventually returned and forced the paper to shut down.

Jovita founded her own paper, Evolucion, in 1916 and continued to address the poor living conditions of Mexican-Americans and immigrants. She later became editor of El Heraldo Cristiano and volunteered as a hospital interpreter for Spanish-speaking patients.

Sandra Cisneros was born to Mexican parents in Chicago, Illinois in 1954. After the death of her mother, Sandra’s father moved the family frequently between Mexico City and Chicago for work for most of her childhood. Sandra began to feel isolated and lonely. This led to her passion for writing, which was inspired and encouraged by her mother before her death. At the age of eleven, Sandra’s family settled in Humboldt Park, a predominantly Puerto Rican neighborhood on Chicago’s west side. Her experience while living there inspired her to write her most notable book to date, The House on Mango Street.

In high school, Sandra began writing poetry focused on her opposition to the Vietnam War. She also served as the editor of her high school magazine. While in college, Sandra developed a passion for creative writing. She received her bachelor’s degree in English from Loyola University of Chicago in 1976 and a Masters of Fine Art in Creative Writing in 1978 from the University of Iowa.

Sandra founded The Macondo Foundation in 1998, which is a small writers workshop focused on community building and nonviolent social change. The foundation also offers a residency at Our Lady of the Lake University and health insurance for member writers. Sandra continues to write to this day, bringing awareness to her culture, the personal stories of her neighbors, poverty, the voices of marginalized people, and the struggles of women.

Juan was born in Fowler, California in 1948 to Mexican-American migrant farmworkers. During his youth, his family moved from crop to crop to work, living in tents and tractor trailers in the San Joaquin and the Salinas valleys. 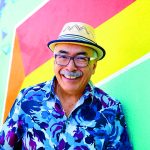 Juan attended numerous schools in various small towns. He graduated from San Diego High School in 1967 and then earned his bachelor’s degree in Social Anthropology from the University of California. While in college, Juan began performing in the experimental theater and joined the Chicano Civil Rights Movement. Juan continued his education at Stanford University and received his master of Social Anthropology and later received his master of Fine Art in Creative Writing from the University of Iowa.

In addition to his career in academia, Juan is also a poet, writer, performer, and artist. Juan is well-known for his bilingual and autobiographical poems on immigration, life in California, and Chicano identity. He also uses his platform to bring awareness to the reading and writing of poetry, to share and be a voice for the Mexican-American, and advocate for indigenous communities and at-risk youth.

In 2015, Juan became the first Mexican-American to be named Poet Laureate of the United States. Today, he is a Professor Emeritus at California State University, Fresno and the University of California, Riverside. Juan oversees a number of performance ensembles and teaches poetry, art, and theater at correctional facilities and community art galleries in and around his community.